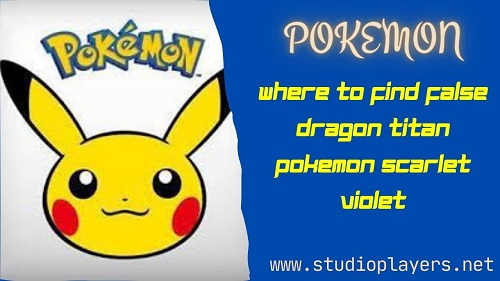 As you progress through Pokemon Scarlet and Violet, you will face an increasing number of Gym Leaders, Titans, and Team Star bases in order to complete the main story. Eventually, regardless of your route, you will encounter the False Dragon Titan, an island-dwelling Dragon-Type Pokemon.

Before attempting to defeat this Titan, there are two primary considerations to keep in mind. The primary objective is to make this the fourth or fifth Titan you’ve slain. It is, alongside the Earthquaking Titan, the most difficult Titan in the game, and will easily wipe out a low-leveled party. A party with an average level of 50 or higher is a safe bet. 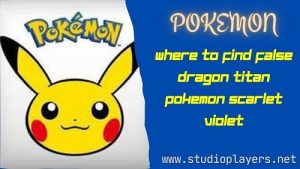 The second objective is to unlock the swim ability of Koraidon/Miraidon. After defeating your second Titan, swimming will become available to you. Since the False Dragon Titan is located in the middle of a vast lake, possessing this ability will be of tremendous assistance.

With that out of the way, you are now prepared to locate the Titan. Proceed towards the False Dragon Titan icon on your map until you reach the island in Casseroyo Lake to the far right. However, when you arrive on the island, you will not immediately see any Titans. Instead, you’ll discover a number of small fish floating on the surface, followed by a brief message from Arven. He will exclaim that the Titan is difficult to locate and wish that someone would simply yell the solution.

As you traverse the small island, you may notice that the small fish have pop-up phrases above their heads. You’ll encounter an orange Pokémon shouting “Taitaan!” as you explore the area. Yes, you are correct. Titan is screaming. Dondozo, the False Dragon Titan, will appear shortly after interacting with this fish. 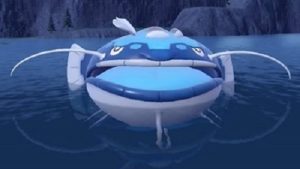 Your Titan battle will commence once Dondozo appears! Unlike previous battles, this one has three phases, so be sure to bring plenty of powerful Pokemon and items to aid you!