Director Jay Johnson has announced the cast of Studio Players’ True West, to be performed at Paradigm Coffee & Music January 26-28, 2017.

Making their Studio Players debuts are Jeremy Jochman as Austin, Brian Prestley as Lee, and Sharon Quinn as Mom. Returning to Studio Players is Dan Hennell as Saul. Elizabeth Johnson will act as Assistant Director, with additional assistance from Mariya Grabow. 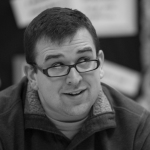 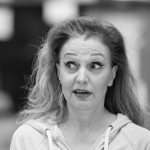 Sons of a desert dwelling alcoholic and a suburban wanderer clash over a film script. Austin, the achiever, is working on a script he has sold to producer Sal Kimmer when Lee, a demented petty thief, drops in. He pitches his own idea for a movie to Kimmer, who then wants Austin to junk his bleak, modern love story and write Lee’s trashy Western tale.

Tickets are available now and can be purchased online or in person at Paradigm Coffee & Music at 1202 North 8th Street during regular business hours.